Often thought of as a byproduct of our modern civilization,toilets actually date back to ancient civilizations. It kind of makes our strides seem insignificant when we reflect on the Indus Valley civilization, circa 2600-1900 BC, which had streets in a grid pattern with sewers dug under them.

They had toilets and those were flushed with water. Dating as far back as Ancient Egyptian times, wealthy people had toilets in their homes and they, too, were flushed with water. Oddly, toilets in the Middle Ages consisted of holes dug out in the ground with a piece of wood over them. Seemingly sophisticated during these Middle Age times, monks built chutes that would empty into the sea, which served as their prehistoric plumbing system.

The ancients were on to something and over the years this model would become refined. A myth that Thomas Crapper invented the flushing toile 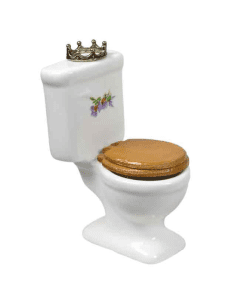 Public toilets date back to the 16th century. There were laws in the middle 1500s precluding people from relieving themselves on royal palace property. Apparently at this time there was a trend of relieving oneself whenever, and wherever, when one felt the need! In 1852, the first truly public facility was opened in London. The toilet paper market would soon follow and the first rolls were sold in the United States in the late 1850s.

The world of toilets has come a long way. Now with Dutch retractable urinals that recede into the ground for cleansing in between uses, to the real-time LED displays located at the entrances to public restrooms in Taipei that show which stalls are in use and varied other information, toilets have indeed become quite modern. While some are still regarded as being quite dirty, as are public restrooms in Rome, the toilet itself seems to have not changed much since that original design of the late 1800s. They are definitely getting fancier, however!