Spring always reminds us of the renewal in nature, but there is one natural resource that we lack worldwide- fresh water. This spring, take a moment to consider the value of that resource.

Even though the earth is largely covered in water (approximately 70 per cent) only about 3 percent is usable. In many areas people have to rely on surface water, which is usually unsanitary and rife with water-borne diseases.

As the world population continues to grow, water scarcity will become more pronounced; there will be more mouths to feed, which will increase water needs; this shortage will be even more problematic if the current course that we are on doesn't change.

That's why the UN established World Water Day. It is celebrated every year on March 22. It is a chance for people everywhere to learn about water scarcity and the role of climate change and of our own water consumption habits in creating this crisis in the first place. 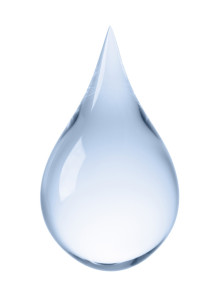 In areas where there is no sanitation (which is extremely common in much of Sub-Saharan Africa), sewage runs untreated into streams and rivers, contaminating what little water supply that they do have. It is estimated that nearly 6 to 8 million people die each year due to scarcity of water and contaminated supply. The time to act is now.

You may feel like the water crisis is a world away, but it's all about raising awareness. Everyone has a role to play in correcting this crisis, and ours start with changing our attitude towards water use. Try some of these simple steps.

When the kids are looking to cool down on warmer days, have them run through the sprinkler on your lawn where it needs watering. Water plants and gardens less often, but more deeply, which is better for them and uses less water. If you have an irrigation system, make sure that the timer is set properly to go off early morning or at night. Get a rain barrel to catch water for your garden.

Take a shower instead of a bath. If you must have a bath, put the plug in the tub before you turn it on. When waiting for the shower to heat up, catch that water in a bucket and use it for your plants. If you turn the shower off when washing your hair, you'll save a lot more water.

Leaks in your plumbing are notorious ways to waste water (and money too). Get in the habit of locating leaks and fixing them right away. Start with your water meter. Check it when you use water and then a couple of hours after you've switched it off. If it's the same, you've probably got a leak on your hands.

Inspect faucets, showers, and toilets for leaks. Also look at connector hoses, like those that connect your washing machine and ice maker in your fridge. When they rupture, they leak a lot. Don't forget to check your outdoor plumbing for leaks too.